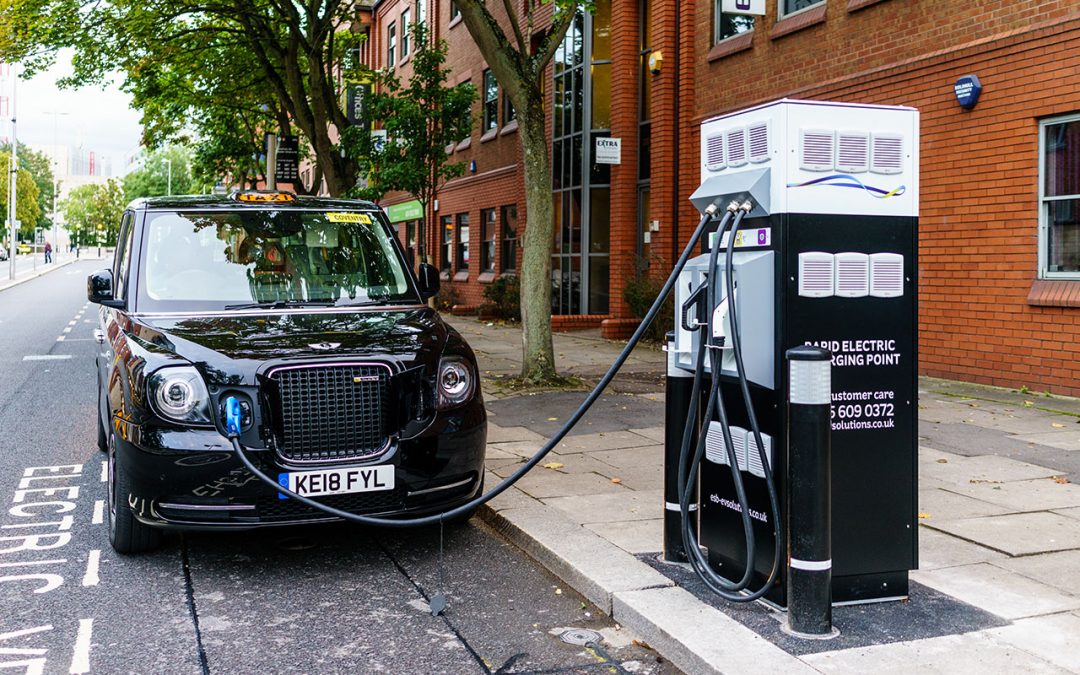 Rapid charge points are essential if individuals and businesses are to make the switch from conventional diesel and petrol to electric vehicles (EVs). They make longer journeys easily doable and allow high mileage business users, such as taxi drivers, freight and fleet operators, to quickly charge their EV. For the uninitiated, unlike standard charge points that can take 7-8 hours for a full charge, rapid charge points can charge an EV in 20-30 minutes. There are also fast-charge points which can charge the average sized electric family hatch in around 3hrs. Fast-charge points can be found increasingly in public car parks and is the option most electric car owners opt for when having a charger fitted at home. Rapid chargers are however essential if embarking on a longer journey.

The biggest challenges in encouraging people to switch to electric vehicles is firstly the range and secondly the lack of charging infrastructure and specifically rapid chargers. As a private electric car owner, making a long journey of more than say 250 miles can be problematic as currently most motorway service stations have only one or two rapid chargers (unless you drive a Tesla as they have invested in banks of rapid chargers at all major motorway service stations).

Manufacturers are now well on the way to solving the first challenge of range with many new electric vehicles having a range of between 200 and 350 miles per charge. The gradual adoption of solid state battery technology will further improve the range of vehicles and make commercial electric vehicles a reality in the coming years. So what about the charging infrastructure?

In 2018 the Government launched its Road to Zero Strategy which outlined plans to support the transition to zero emission road transport and to reduce emissions from conventional vehicles during the transition. Since 2018 there have been widespread criticism of the strategy and calls for the Government to accelerate the uptake of EVs and to phase out conventional petrol and diesel engine vehicles earlier. The Committee on Climate Change (CCC) has recommended that the market for EVs be 100% by 2035 at the latest in order to meet the new 2050 net zero emissions target.

To date the Government has pledged £1.5bn to make electric vehicle ownership more affordable mainly through subsidies for new electric vehicles and to offset the costs of installing chargepoints in the home, workplace and on-street. However, there is no national strategy for Government investment in building the public charging infrastructure and no evidence that new charging technologies which, in some parts of the world, are being built into the roads themselves, is being considered here in the UK. Sweden has been leading in electric road technology while induction charging for taxis in London is being trialled by TFL.

So far responsibility for building the public network of chargepoints has been delegated to Highways England and Local Authorities with minimal funding and, not surprisingly, there are big regional variations on the numbers and access to rapid and fast chargepoints. This is despite Government assurances in June 2019 that the Government has put in place measures to ensure sufficient chargepoints to meet demand (see extract below). It should be noted that the numbers of rapid and fast chargepoints needed once the majority of us are driving EVs is hotly disputed.

The results of the consultation will no doubt be made public later this year. In the meantime Transport for Britain urges the Government to develop a coherent national strategy for EV charging infrastructure which not only provides adequate funding to Highways England and Local Authorities for building sufficient public rapid and fast-charge points to help meet the 2035 target but which also seeks to invest in developing new charging technologies as seen piloted in other parts of the world.

Transport for Britain believes Government would be better investing in new technologies and infrastructure to support the EV revolution and, importantly the achievement of their own targets, rather than fund high price tag, vanity transport projects such as HS2 which will deliver limited benefits to the majority of the UK population. Let us know what you think?