The removal of the Golborne Link from HS2 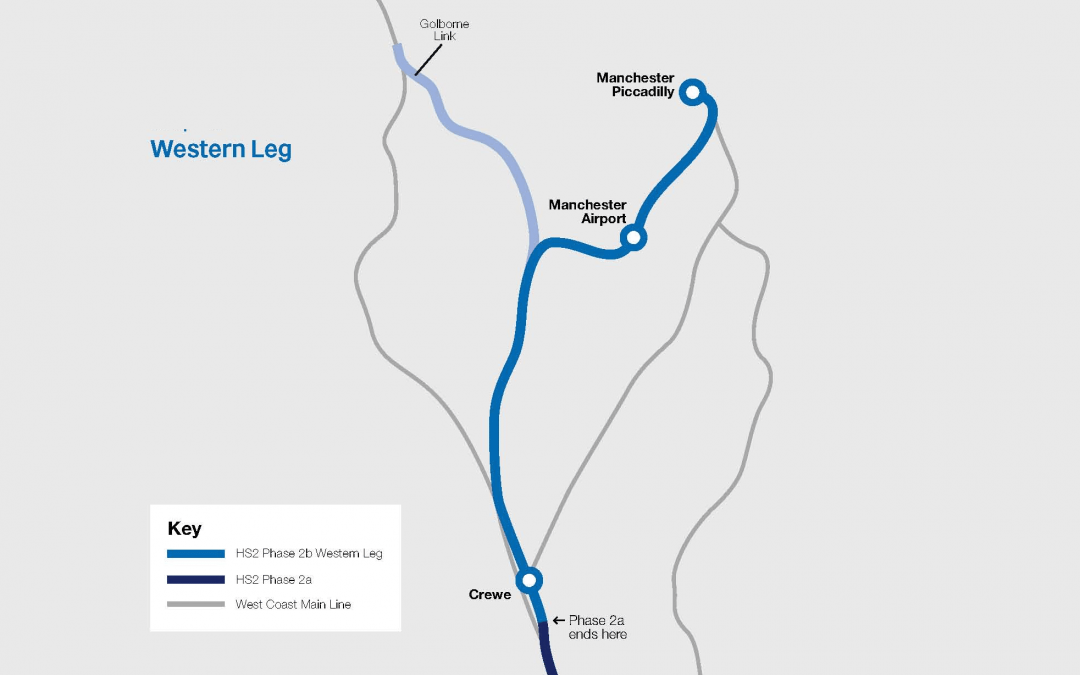 It was announced earlier this week that the Government have decided to cancel the Golborne Link section of HS2. This 13 mile stretch of track, part of the Crewe and Manchester HS2 scheme, would have served Scotland by branching off the HS2 mainline near Knutsford and joining the West Coast Main Line near Golborne (south of Wigan). Its aim was to improve connectivity and journey times to Scotland and allow for much needed capacity on the West Coast Main Line (WCML).

An independent review found that the Golborne Link would not resolve all the rail capacity constraints on the WCML between Crewe and Preston and therefore the government are looking into alternatives. Although not yet announced, the Government have promised their new plans will deliver similar benefits to Scotland as the Golborne link as well as sticking within the £96 billion set out for HS2 in the Integrated Rail Plan.

However, there are numerous industry groups who are outraged at the scrapping of the Golborne link. Many argue that this will this create a bottleneck for trains, not only having a negative impact on passengers and freight with loss of connectivity, but will also have negative effect on the Levelling Up Agenda and decarbonisation plans.

Transport for Britain are interested to learn how the government will proceed with the loss of the Golborne link and what alternative plans will be put forward.