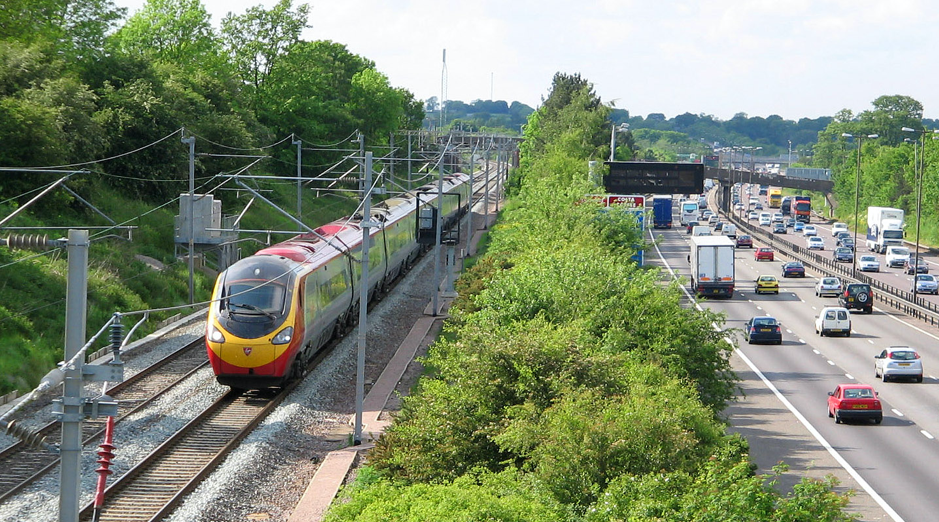 The Government gave the green light to proceed with construction of HS2 on the 15th April despite the increased cost and significant changes in the behaviour of the travelling public expected as a result of the Coronavirus. While many of us may feel proceeding with this project doesn’t make sense from an economic, user or environmental perspective, the Government has committed to spending up to £106bn on HS2 and the necessity is therefore to ensure that it will be a worthwhile investment benefitting more than just a tiny percentage of the population.

There is a fundamental problem in the limited number of stations and access to them. For anyone living between Birmingham (Interchange) and London that means there is no benefit.

This could change if there were intermediate stations and with no impact on existing HS2 services if it is built as a 4 track network from where the Y joins instead of the current 2 tracks. It is astonishing that the current plan is for only 2 lines when that provides for no redundancy, maintenance or any future capacity issues to be addressed.

However, the main benefit of providing additional tracks will be to better connect road users to HS2. By the time even the first stretch of HS2 is opened, many of us could be driving autonomous cars. In these circumstances, any advantage offered by faster rail journey times will be a poor alternative to the convenience of entering an enclosed pod and putting our feet up while being transported to any destination we choose.

New purpose-built roads are needed to ensure that next generation autonomous cars can run smoothly and unfettered from point A to B. There will be no bottlenecks or traffic jams on such roads as everything will be controlled by software to ensure minimum distances are kept between vehicles and running speeds governed electronically.

There is a precedent for putting roads alongside railways and the planned HS2 spur to the north east runs almost parallel to the M42. The M1 near Watford Gap is only metres away from the West Coast Main Line and co-exists quite comfortably:

An electrified HS2 toll motorway, which in future could be exclusively for use by electric vehicles, will help encourage people to switch to electric cars and remove the need to stop and recharge en route. The cost of converting even existing roads to electrification could be as little as £1million per mile. A national network of electric motorways could have complete payback in 5 years and result in a 70% reduction in carbon emissions.

Running cars on electrified road not only means that cars will need much smaller batteries but there will be an elimination of range anxiety and tedious long stays in motorway service stations to charge. This technology is already being piloted in Sweden:

The benefits of introducing an additional ‘hybrid’ mode of transport to this HS2 transport corridor are manifold.

Timescales for ROI on the £106 Billion investment as is will take us to the end of this century at least. An added toll road could bring a return on investment down to as little as 30 years. M6 Toll currently costs £6.70 to cover 27 miles so £20 should cover the 80 miles from end of existing Toll to the M25.     A return fare of £40 on a guaranteed journey time of 1 hour (no harm in raising the speed limit on a governed system) would be a price that many motorists would consider paying. Especially given the equivalent cost of a standard class peak hour train ticket from Birmingham to London is £196 return.

A new HS2 toll motorway would bring immense benefits to people living within 10 – 20 miles of the HS2 route and most importantly, in combination with additional stations / parking, will greatly raise passenger numbers. It is astounding that the current proposal does not have any means of enabling car users to connect to HS2 anywhere other than Birmingham Interchange. For example, connecting to the M25 could yield an additional 25,000 daily commuters. It could take 7 mins to London Euston.

The latest estimate for opening the first section of HS2 from London to Birmingham are 2028 – 2031. A Toll road by comparison could be open in 3 years. There could be a choice of making it exclusively autonomous, electric or open to all traffic initially. Wind turbines could be used to generate power.

The cost of building a parallel motorway should be very low. The M25 cost £909 million (117 miles), the M6 toll was £900m (27 miles). In this case there will already be groundworks in place and with the economies of scale of a combined project even allowing for inflation it would be unlikely to cost more than £4 – 6 billion for 3 electrified lanes in each direction.